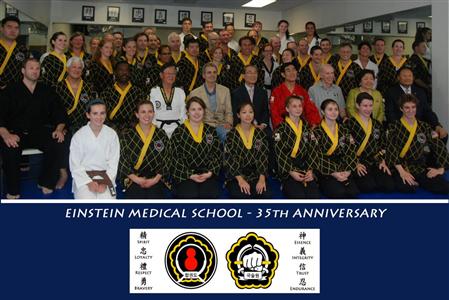 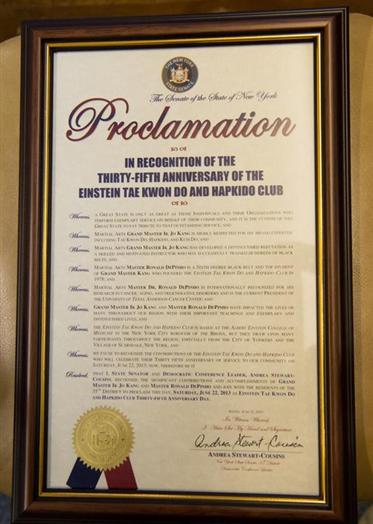 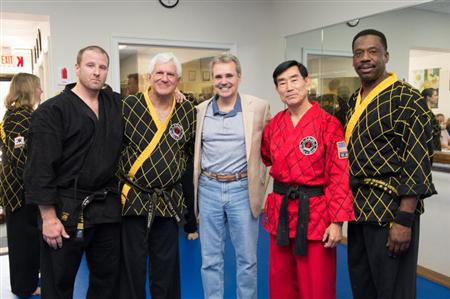 The club was established in 1978, by then-student Ronald DePinho (Class of '81), who is now president of the MD Anderson Cancer Center, in Texas. "I was attracted by the physical as well as intellectual attributes of martial arts, and was fortunate enough to learn from Grand Master Ik Jo Kang, one of the most accomplished practitioners of Tae Kwon Do and Hapkido," recalled Dr. DePinho, who in addition to being an alumnus is a former faculty member of Einstein. "Learning Tae Kwon Do instilled a sense of responsibility that encouraged me to give back to society by teaching what I had learned." 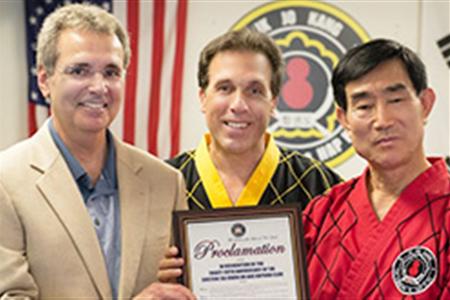 On Sunday, June 23, 2013, the Einstein Tae Kwon Do and Hapkido (TKD/HKD) club celebrated its 35th anniversary, earning it the distinction of being the longest-running club in the medical school's history. Nearly 40 members of the Einstein community attended the celebration, which featured TKD/HKD members demonstrating their skills for promotion to the next belt level.